Halloween came to Princeton in Futian in full force, and with it came lots of wonderful moments for the children, parents and staff alike. 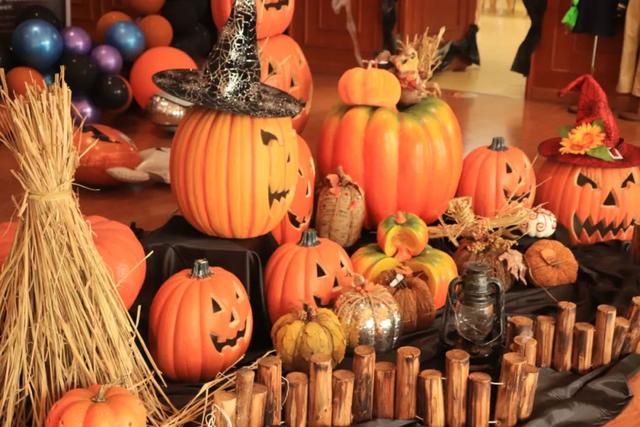 Decorations went up two weeks before the actual celebration, and from that moment on the children began to see spider webs with giant spiders on them, skulls and bones, witches and mummies and all sorts of spooky but fun Halloween decorations. The children were treated to such decorations so that they can become accustomed to seeing this so that they would not be scared the off the celebration. They also had the chance to learn a chant like: “trick or treat smell my feet or give me something good to eat.”

“Trick or Treat smell my feet！”

“Give me something good to eat！” 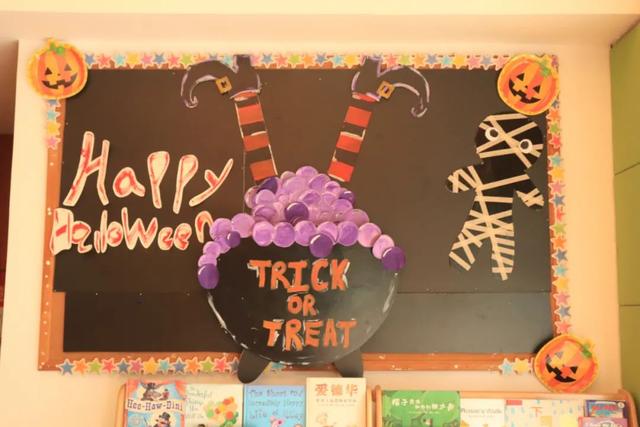 On October 15th the school began to decorate the hallways and stairwells and all around the campus, even the playground was part of the fun. Teachers showed a lot of enthusiasm because it reminded them of their childhood when their neighborhoods and schools were being decorated early during the month of October. “It is a bit nostalgic，” said teacher Jamie. 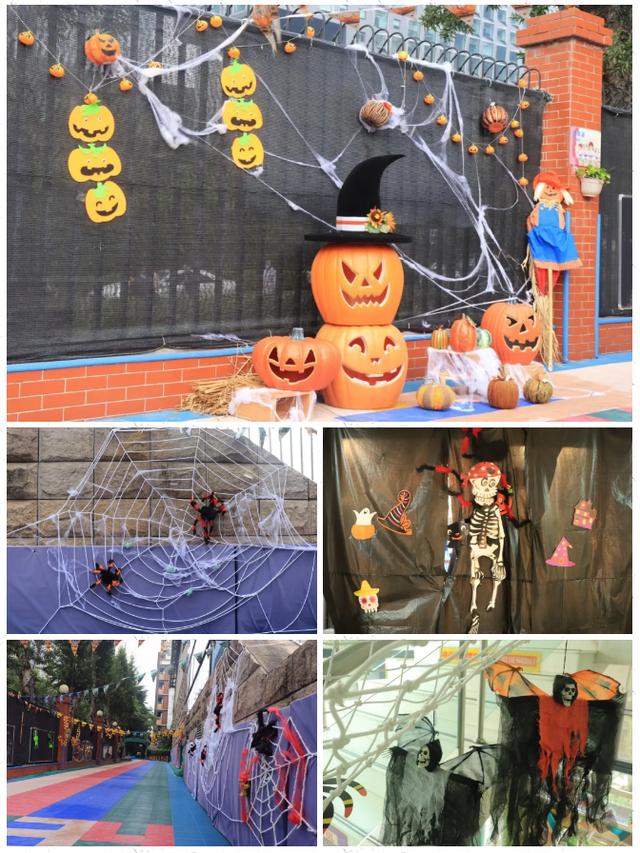 On the day of the celebration students, parents and staff alike were all excited and happy to be dressing up for such a fun day full of activities. Children, parents and staff were dressed as cowboys, ultraman, pirates, princesses, witches, pumpkins and many other sorts of fun and a bit spooky costumes. 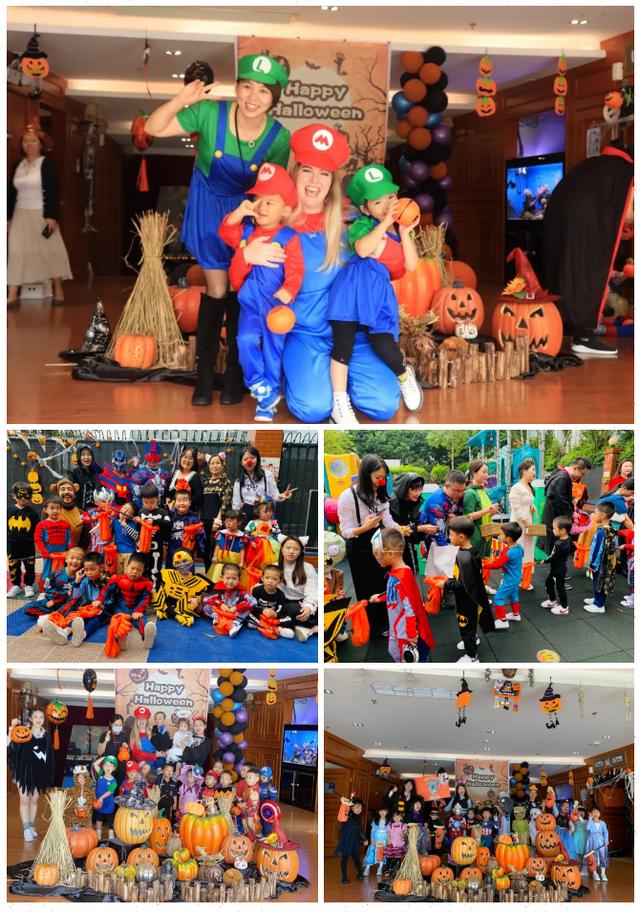 The smiles on every child were priceless: for they knew it was a day in which they could just be one of their favorite character they enjoy reading about or they have seeing on T.V. The students also got into the role of their character. You could hear “Elsa princess from Frozen，” singing to the lyrics of “ Let it go.” and even the famous witch laugh in a high pitch, “ahahahahahaha.”

After welcoming all the students and letting them enjoy breakfast they proceeded to the auditorium where they were treated to many wonderful activities. The foreign teachers had been preparing an awesome play “ The Princess and the Dinosaur,” which was choreographed and written by the music teacher Shirley. The play was a success and it brought laughs to the children and they really enjoyed seeing their teachers acting out as funny dinosaurs, monkeys and beautiful princesses. 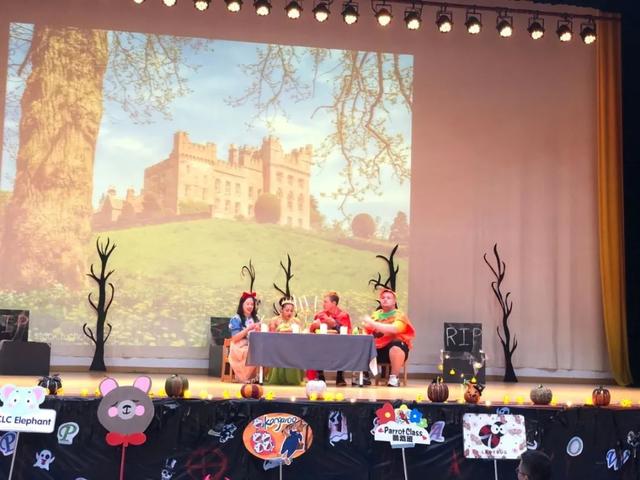 Immediately after the play the foreign teachers proceeded with their dance which they had been choreographing for a couple of weeks. The song they performed was “ The dinosaur dance.” The dance caused a wave of laughter and amazement to both parents and students. 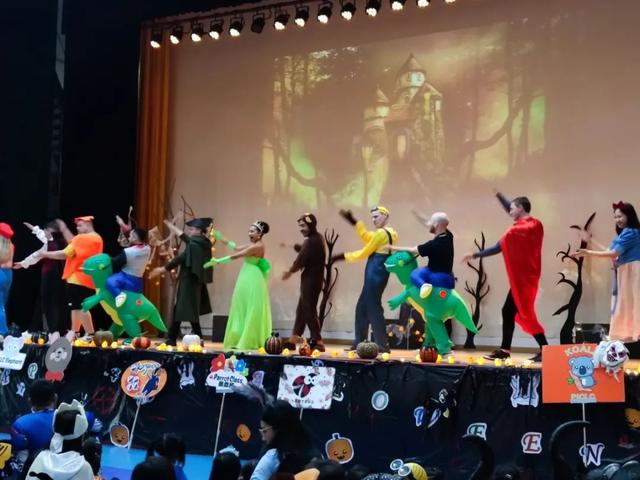 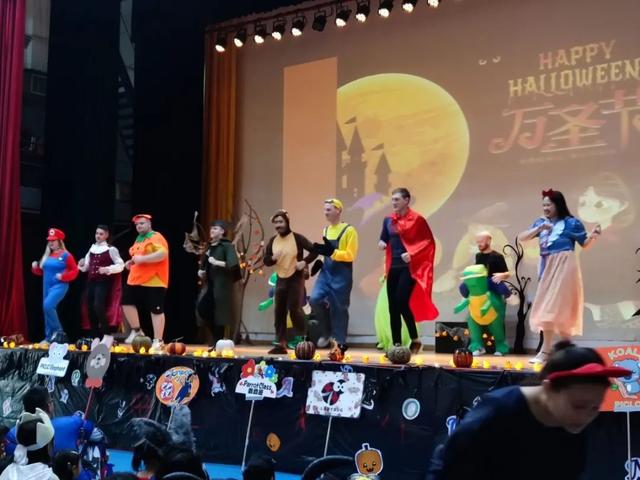 Soon after that it was time to move onto the next activity which was to a costume parade contest where parents and their children got to show off their costumes and hope to be the winners of the contest. 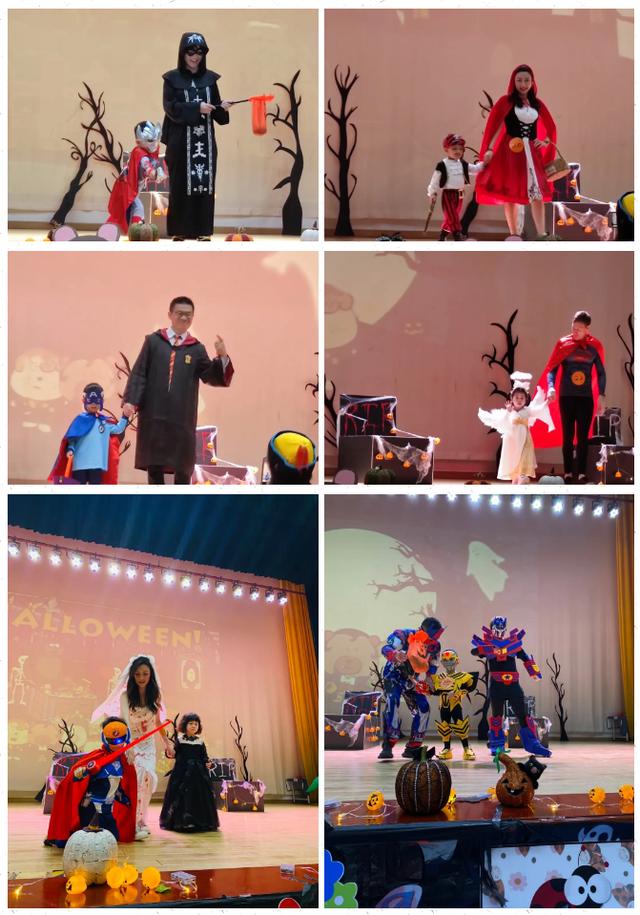 Winners were chosen but best of all the children got to enjoy a moment of goofiness and fun with their parents, for some this was the last time they would have this opportunity at Princeton and we hope they take this memory with them for years to come. In the contest the children saw many costumes both funny and a bit spooky but most of all they saw and shared wonderful smiles through out the activity. 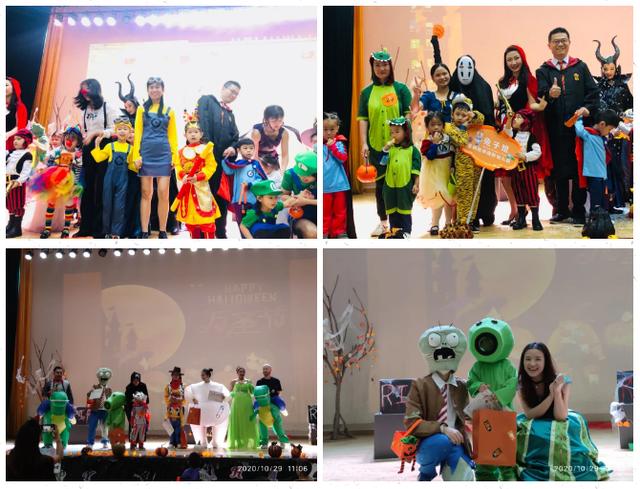 The activities would not stop there, soon after the students were off to selected classroom activities, where they got to experience a haunted house filled with spooky monsters, ghosts and witches; a mummy wrapping game where they had to be wrapped in paper to the best or their ability；a haunted candy hunt in which they must search for candy in a spooky room; an eye ball dig where they had to search for creepy eyeballs among other slimy balls and even got to see some magic where they had to say the magic words “abracadabra” in order to make a coin disappear. All these activities brought laughs and smiles to both students and parents.

Unfortunately the time to have lunch came and the children needed to have their lunch and have an afternoon nap, but that didn’t meant the fun would end their.

When the children woke up from their nap they were treated to a bit of wonderful movie related to the theme of Halloween: “Coco” this movie brought laughs and smiles to children and they really enjoyed watching a bit of this movie with their classmates.

I am sure most children will cherish this memory for many years and for those whose its last year at Princeton we hope that they really enjoyed their last Halloween with us but we also hope they continue to celebrate such wonderful festival which is great for children and grownups alike. Until next time! Remember there is a kid in all of us which really enjoys a spooky and goofy time….Happy Halloween Everyone!!!!!!